Note: A lot of updates to this plugin are in the works, so this plugin should be considered BETA... than them.

Adding .htaccess based HTTP Basic Authentication to your WordPress blog is such a smart thing to do and I'm trying to help make it easier for you. Mainly because it stops alot of automated hacking attempts and exploits from ever being attempted, thus cutting down on the number of requests, connections, and mysql queries for all WordPress blogs on the Internet. 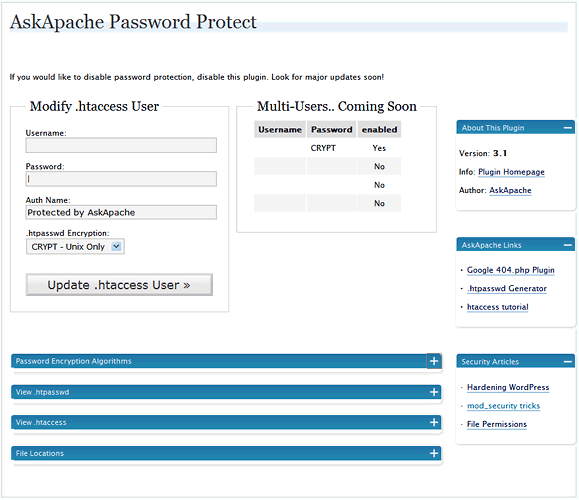 Upgrading Instructions
Just download and extract the new plugin file to wp-content/plugins/askapache-password-protect/ and activate it. It automatically deactivates and deletes previous versions.

Well, this is BETA for now, meaning it works but there are a lot of cool features I just didn't have time to include in this release. A lot of people were experiencing problems with the older version. 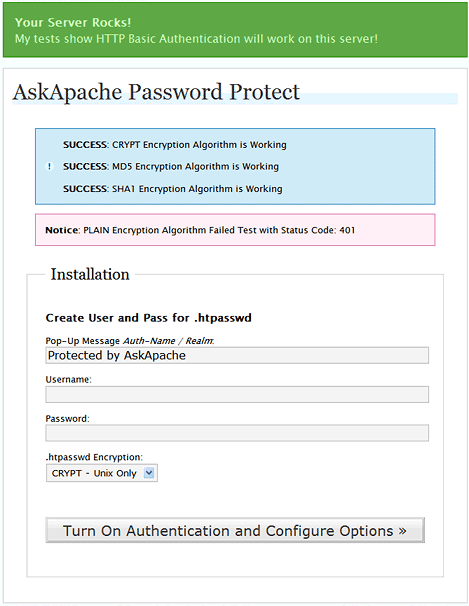 Install Problems
Known solutions to all the issues are in the works so prepare for the next release. In the meantime, the problem occurs because this version tries to save the encrypted htpasswd file ABOVE your document_root, obviously this isn't working very well for most wordpress users.